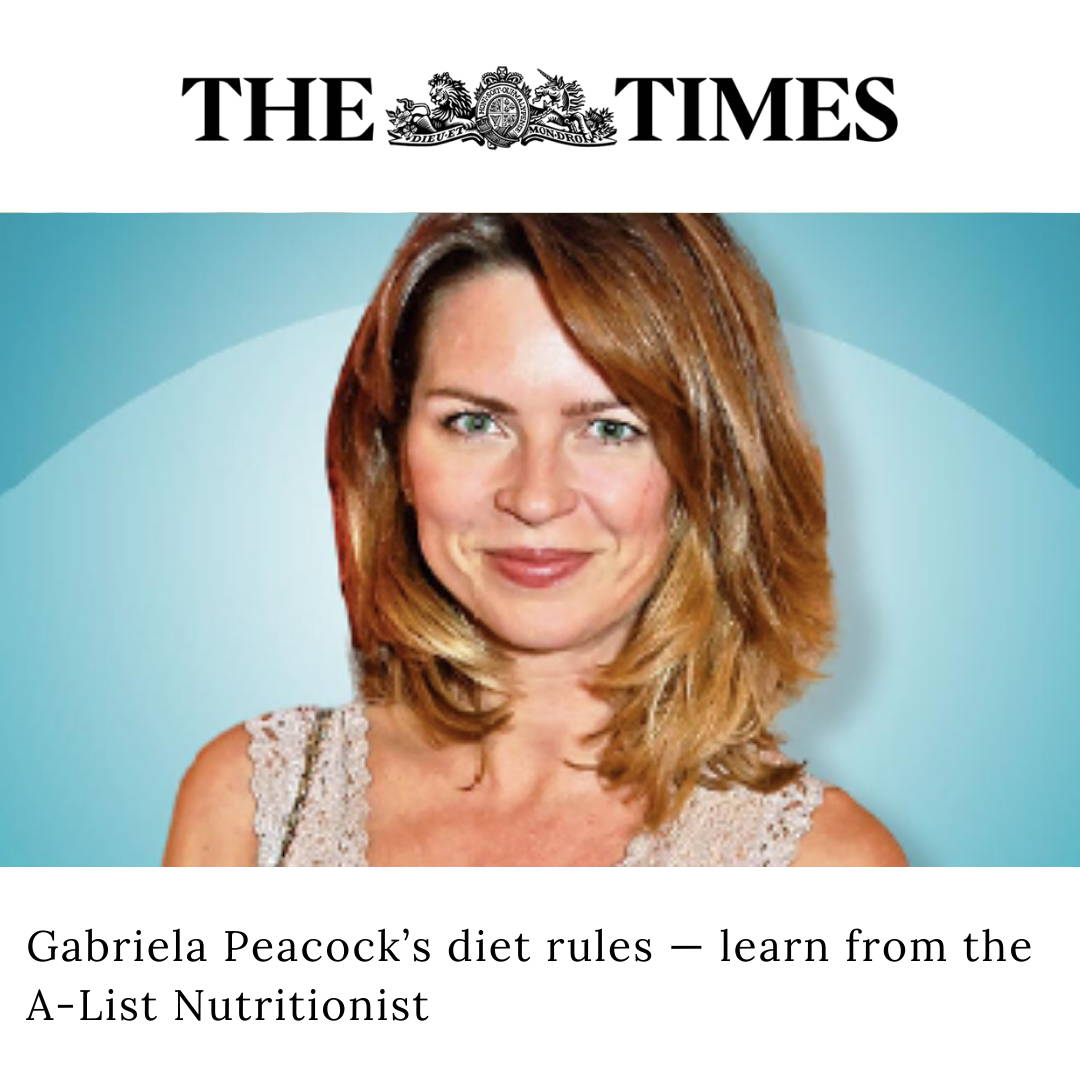 Gabriela Peacock’s client list reads more like the guest list of a very glamorous party. Among those who have booked in for a consultation with the best-connected diet guru in the UK are the models Yasmin Le Bon and Eva Herzigova, Joan Collins and the TV presenters Donna Air and Melanie Sykes.

Peacock was rumoured to be the one to get Prince Harry and Princess Eugenie in shape before their weddings (she was a guest at both) and is on speed dial for a long roster of society and business names.

What draws them to Peacock’s brand of advice, for which she charges £270 a session, is her reputation as a diet guru who understands that people like tolet their hair down as well as get in shape. The 41-year-old former model eschews restrictive “clean eating” and advocates a healthy take on a champagne lifestyle. For her the rules are quinoa and kombucha with a side serving of cake.

Peacock graduated from the University of Westminster with a degree in health science almost a decade ago and was hand-picked by the Queen’s GP, Dr Tim Evans, to become head nutritionist to the smartest clients at his Belgravia clinic, where she remained until it closed in 2019. It was at the clinic that she developed her particular approach to nutrition.

“At university we were trained to be quite
severe in our nutritional prescription but as I got more experience in clinical settings I began to realise that approach didn’t work in the real world with real people,” she says. 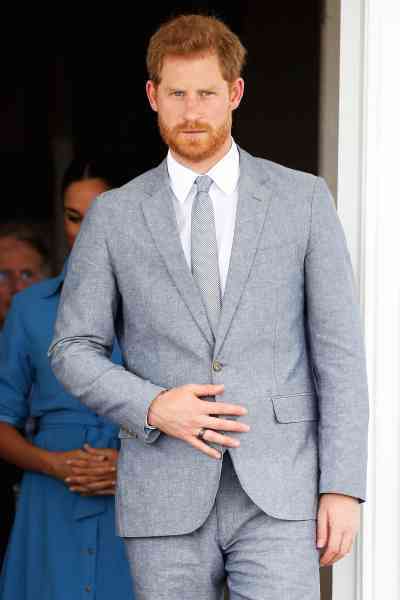 “If you start pushing people too far to cut carbs, fat, alcohol out of their diets completely, then they eventually give up and are back to square one.”

Instead, Peacock, who lives in Notting Hill, west London, with her husband, David, a hedgefund manager, and their three children, Maia, ten, and four-year-old twins Iris and Caspar, suggests that when it comes to eating there is always a healthy compromise.

In her new book, 2 Weeks to Feeling Great, which was published last week, she outlines the plan she has used successfully with her clients. It balances three days of fasting and three of healthy eating with one day of eating and drinking “what the hell” you like. “I like to have a glass of wine and I know my clients do too, so why not?” she says. “It is really important to have something to look forward to each week and if you’re stressed about your diet it will only backfire.”

Too often, she says, clients see her when they have been seriously restricting carbs and calories but are still unable to shift the pounds. The reason for this, she explains, is “their diet anxiety has triggered a rush of stress hormones such as cortisol, which prevent fat loss and can contribute to fat gain, especially around the middle”. In fact, having one day off from dieting a week is good because it “sends your metabolism a bit crazy so that when you do return to fasting your fat burning is ramped right up”.

Peacock says that her approach is guaranteed to bring results in two weeks. “You will see improvements in energy levels, sleep and digestion but you will also see weight loss,” she says. “I have tested the approach on 50 people and on average they each lost 3.8kg, although some lost considerably more in the first two weeks.”

Here are her rules.

Intermittent fasting is something I recommend to all my clients when they want to lose weight or kick-start a healthy eating programme. It is incredibly effective. Many of the people I work with find the 4:3 plan much easier to fit into their lives. It involves fasting — 600 calories for men and 500 for women — on three non-consecutive days each week. Typically, a fasting day would comprise an egg or yoghurt for breakfast, a nourishing spicy vegetable soup or broth for lunch and a stir-fry with a small amount of protein for dinner. You can eat at whatever time of the day you like. On three other days you will eat mindfully — which means not going mad but aiming to reduce the amount you would normally eat by about 20 per cent — and I always prescribe one “magic” day each week where you eat what you like. Do this for two weeks and you will lose more than half a stone. 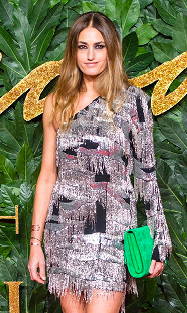 Throw away your scales

Being overweight has serious health implications but stepping on the scales won’t give you an accurate pic-ture of how fat you are. Body weight is dependent on so many different factors, including fluid levels, muscle mass and bone density and if you are fit and muscular, you might weigh the same as someone who is fat and unfit. It’s better to take waist meas-urements and to be aware of how your body changes. If you absolutely must use scales, invest in a smart one that measures your body composi-tion and your muscle-to-fat ratio. A number on the scales should never be the deciding factor in how we view our bodies.

Eat fruit - just not on an empty stomach

Fresh fruit is an amazing source of nutrients and should be eaten regularly. It gets a bad rap because of its natural sugar content and there are some things to consider when selecting your fruit bowl. First, don’t eat a bowl of fruit on an empty stomach because it will cause blood sugar levels to spike.

If you want it for breakfast, eat it with a bowl of yoghurt and seeds, which will lower the glycaemic index and prevent a sugar surge, which will be followed by a drop in blood sugar, and hunger pangs. Over time, too much sugar in the blood is a risk factor for type 2 diabetes. In general, the sweeter a fruit the more sugar it contains, so melons, nectarines and peaches should be consumed in smaller amounts.

Instead choose fruit that requires a lot of chewing, which means it contains plenty of fibre that offsets the sugar content. Apples, passion fruit, pears and raspberries are high in fibre.

Eat starchy vegetables but not in the evening

Some of my clients are surprised when I tell them that all vegetables are carbs. What makes vegetables beneficial is that they are high in fibre and low in sugar as well as being rich in vitamins and minerals. We all know that leafy green veg are nutrient-packed and especially low in calories but starchy vegetables — potatoes, corn, parsnips, butternut squash and chickpeas — are often sidelined because they are mistakenly considered unhealthy.

Yes, they are higher in calories than some other vegetables but if you eat them during the day when you are moving around to burn off the energy they provide, they are not problematic. Just don’t eat them in the evening if you’re sitting on the sofa because the energy or calories won’t be fully used up, meaning the body is likely to store the excess as fat. Have a takeaway but eat it with brown rice One of my favourite standbys is ready cooked brown rice.

It’s great with takeaways on your “magic” day and, unlike white rice, has not had its fibre stripped away and been bleached free of nutrients. Frozen fruit and vegetables are another fabulous emergency standby. My freezer is always stocked with them.

Coffee is ok but not on an empty stomach

I rarely tell my clients to cut out coffee. It is an amazing source of phytonutrients and the caffeine and antioxidants. it contains provide a brain and energy
boost. Coffee can also boost the metabolism and trigger fat cells to release stored fatty acids from adipose tissue,
aiding weight loss. And it tastes good, so why wouldn’t we want to drink it? 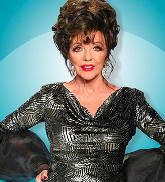 However, the caffeine in coffee is addictive and triggers the release of the stress hormones cortisol and adrenaline when consumed in excessive amounts (more than four cups a day). What’s more, when caffeine is consumed on an empty stomach it triggers the release of sugars from your liver. That causes a sugar rush followed by a dip later on when you might feel the need to reach for something sweet. So if you like to start your day with a black coffee, drink it after breakfast and have only a cou-ple of cups a day.

Eat whatever you like on one day a week (cake included)

None of my clients would survive on a severe regimen in which their entire week was about fasting. This is where the “magic” day comes in. On thesdays they are allowed to eat what they like. I’m talking a long Sunday lunch with a lot of wine and a pudding at the end. Obviously, if you gorge and over-eat you are going to feel nauseous, even more so after eating healthily all week, so that is not on the cards. But do eat some cake or crumble and allow yourself that roast beef dinner.

Not all carbs are bad

Sweet fizzy drinks, processed foods and refined carbs such as sliced white bread and pastries are not a friend of the dieter. But carbs are not all bad. In fact, carbohydrates are the body’s most crucial source of energy and you can consume them and still lose weight. The key is to avoid white carbs because they don’t fill you up, they send blood sugar soaring and trigger hunger pangs soon after.

So instead of fluffy white bread, look for varieties that are darker and require you to chew more — a sign they contain beneficial fibre — such as rye bread. Sourdough is also an excellent choice because it has been fermented, and that process aids digestion.

If you are gluten intolerant, remember that you can get your carbs from gluten-free grains including buckwheat, brown rice, and quinoa.

Do not cut out chocolate

Life would be very dull without some sweet treats, and on non-fasting days there is nothing wrong with nibbling a few squares of dark chocolate. Because the cacao it contains is rich in flavonoids (plant antioxidants), dark chocolate can actually help to tackle the oxidative stress that threatens to reduce brain function as we age. It also benefits the liver and supports sleep, so in my mind chocolate is a must.

If you are a red-meat lover, there is no need to cut it out completely and it can play a valuable role in the diet, being a rich provider of iron and vitamin B12. However, you should aim to eat it sparingly — no more than twice a week ideally — and it’s worth selecting the highest-quality meat you can afford.

I would recommend always seeking out organic meat because non-organic reared animals tend to be given hormones to grow fast, and what they have been fed will get into our bodies. We don’t really know the full extent of the adverse effects. so it’s best not to eat huge amounts of red meat.

I’m a big fan of eggs and recommend that my clients consume them weekly. They are high in protein, which makes them very filling, and as a sulphurous food they support natural detoxification of the body. Eggs also contain amino acids that contribute to the production of glutathione, an antioxidant that protects the body’s cells against the potential damage of free radicals and, in doing so, prevents accelerated ageing.

Again, opt for organic, free-range eggs rather than those that are battery-produced for optimum nutrition.

No need to avoid dairy

Despite its reputation for causing intolerances and sensitivities, dairy doesn’t have to be avoided by everyone. It is true that the proteins in cow’s milk are larger and harder to digest than sheep’s and goat’s milk, which is why it causes problems for some people. But many find that fermented dairy foods — kefir, yoghurt, cheeses such as parmesan — can be better tolerated because the fermentation process has effectively pre-digested the product for you. Go for good-quality dairy in small amounts.